Nobody knows better than Nikon how to combine greater precision with easier operation; so you can concentrate on your project and not on your equipment. These projectors feature a 12″ diameter screen and accept larger stages with higher accuracy thanks to the movable head during focusing. They are also completely user-friendly, complete with a built-in digital XY counter and digital protractor counter. What’s more, the V-12B lets you easily view erect images, making the profile projector easier than ever to operate.

The V-12B adopts a focusing mechanism that achieves focus by moving the objective head up and down, allowing stages with longer cross travel to be mounted. When the 10×6 stage is used, the projector can measure areas as wide as 250 x 150mm.

Because the rigidity of the instrument has been increased, workpieces as tall as 100mm can be loaded.

Three projection lenses can be mounted to the rotary turret at one time. All projection lenses, 5x to 500x, boast high resolution and minimal distortion, while their working distances are longer than competitive lenses.

When contour illumination is used, this condenser lens delivers the right amount of light to suit the magnification of the projection lens selected. The DIA condensor must be used with this lens when the magnification is 200x or 500x.

The built-in surface illuminator can be switched between vertical and oblique illumination, making detection of edges in resin parts and other workpieces much easier.

Projection images are erect and unreversed for easy measurements, and their quality is as sharp as inverted images.

The V-12 Series features 4 models. The V-12BDC and 12BSC types come with a digital XY counter, while the V-12BDC and V-12BD types have a built-in digital protractor for greater ease-of-use. 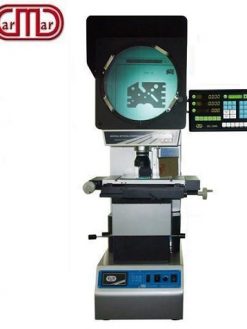 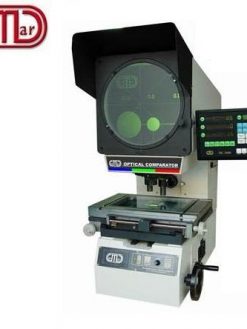 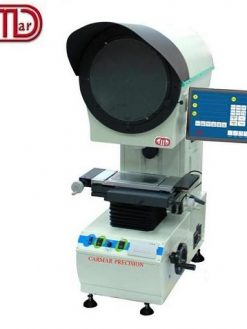 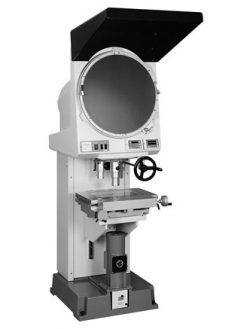 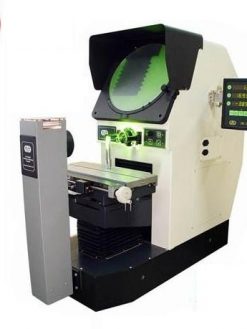 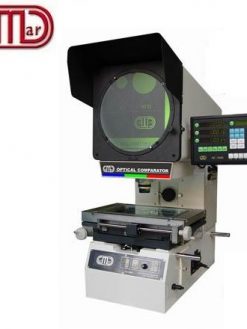